History of the Library

The Library of University of Colombo seen a Century:
a Historical Review


- By the Library Network, University of Colombo -

This century has witnessed a glorious history of a university library of Sri Lanka’s first modern university established during British colonial rule. Sri Lanka’s modern education originated from the Ceylon Medical School in 1870 from which Ceylon University College was envisioned. Amongst various developments in different sectors of the nation, the British colonial reign gave us a renowned university in 1900s. Then Ceylon University College was a great impetus to magnificent achievements in education and had produced eminent professionals in Sri Lanka. In 1919 the idea of establishing a University College was almost being materialized. This brief historical account enumerates important timelines of the Library of the College throughout the 100 year span. Obviously, the Library was initially employed with a British national though later it was handed down to the locals who reinforced the entity with their creative inputs.

Birth of a University Library 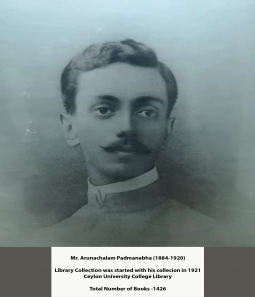 Today’s University of Colomboevolved from then Ceylon University College which was founded in January 1921. Along with the establishment of new laboratories the library of the university too was planted with a few hundred books housed in a room of College House in October 1921. The first library of the University College comprised of a collection of nearly 4000 volumes of standard worksincluding 1500 books gifted by books gifted Sir P. Arunachalam from the library of his late son, Mr. A. Padmanabha. In addition, Mr. Harry Creasy donated a collection of classical works which belonged to his distinguished father Sir Edward Creasy. Also,Mr. S.L Periesgifted a set of the 11th edition of the Encyclopaedia Britannica. The grant for acquiring books in the first year was only Rs. 750.Further donations were made to the library by Dr. J. Pearson, Prof. Leigh Smith, Dr. A Neil, Mr. Leslie de Saram, andDr. C. A Hewavitarane.Noteworthly, Mr. Leslie de Saram donated a complete set of Journal of Royal Geographical Society along with other volumes.

The University College proliferated with positive results in no time, which positively challenged all its entities with insufficient space. The library was no exception, thus, it was moved from College House to the Villa Veneziain June 1938. According to the records of 1926, the library kept on growing by adding five large cupboards to its furniture, however its location at the College House presented severe shelving problem. Concerned stakeholders were taking necessary steps to expand the space. During those times, a new system called “Issue-Cards” was introduced, with which anyone could see as to how many books a student had read throughout a particular year. Around 800 books are borrowed by 160 students every month.

The English Department (section) of the Library was mostly used while Mathematics, History, Economics and classical sections were also well used by the students. It was recorded that around 75 reference queries were made every month. Usage statistics of Science library and staff were not included in that statistics. The Library received a valuable donation from Mrs. Rhys Davids of the Pali Text Society, England, which consisted of 800 volumes of books in Pali, Sanskrit, Buddhism, Comparative religion, Literature, Archaeology, etc. that were owned by late Professor T. W. Rhys Davids. Prof.Davids’ library collection can be considered as one of the greatest asserts donated to of the University College Library.

Until Mr. R.S. Enright was appointed as an Assistant Librarian in 1924cthere was no librarian but a library clerk who looked after the Library. When he became the Librarian in 1931, the annual allocation was increased to 9,500 rupees. He managed to add 800 bound volumes of periodicals and books to the existing collection of the library in 1931. In the subsequent year (i.e. 1932), there was an additional clerk added to the services. In the same year, 783 bound volumes and books added to the collection, with which the library was empowered to serve 14 different departments of the university, although the science collection was housed separately. It was recorded that 320 students were actively using the library resources. It is noteworthy to mention here that the library’s binding tasks were carried out by the government printers. The total number of students using the library resources slightly increased in time had presented a serious space problem to the library. 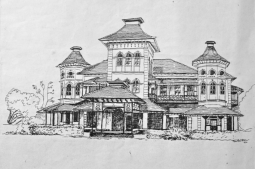 In 1935, great commitment and enthusiasm enabled Mr. Enright to have completed the work on the accession register and preparation of an alphabetical catalogue entry to supplement the subject catalogue. He classified the materials shelved in economics and mathematics sections of the library, using the Dewey Decimal Classification (DDC) codes, which accelerated the use of the library. Increase in collection size and gradual raise of annual gave way to prosperity of the library that was reflected by the steadily increased student number. There were significant changes taken place in the library to house books of least demand on the ground floor, while majority of history books and economics books were stacked on the upstairs of the building, where a reading room was set up for History Honours students.

In June 1938, the library was relocated from ‘College House’ premises to ‘Villa Venezia’ which was leased out by the government for 3 years. Whole physical space of the new building was enjoyed by the library, therefore, a large collection of books were stacked on the ground floor, and students used the upper floor reading and referencing. The circulation counter was setup on the ground floor. It was in 1938 the library divided its collection into lending and reference materials.

The Library underwent dramatic transformations when the University of Ceylon was established in July 1942 by the Ceylon University Ordinance No.20 of 1942 that merged the Ceylon Medical College and the Ceylon University College. With the announcement of free education in 1945, the significance of the library services gained an inevitable attention to country’s education. Proposal by the Minister of Education and Cultural Affairs under section 34 of the Higher Education Act No. 20 of 1966 on the recommendation of the National Council of Higher Education had resulted in to the University of Ceylon in October 1967, with the Colombo Campus as its nucleus. These constant changes and growth in its functions and space the library of the university sprouted with many branches to cater to ever increasing demand for information.

New Abode with an Unlimited Wisdom

Front elevation of the Main Library – University of Colombo

In 1999, a new architecturally sophisticated building was bestowed to the Main Library of the University of Colombo. The new Main Library building was ceremonially opened in 1999. It houses the significant collections of law, management, education, and other streams of arts and humanities. The Main library constantly adapts to the concurrent global developments in the information management and services thus it almost always stays relevant to the user communities.

Today, the Main Library of Colombo University stands tall with its unique architectural design and historical significance in Sri Lanka’s educational excellence. Let us rejoice the Centenary Celebration of this National Treasure. 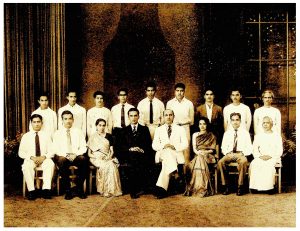 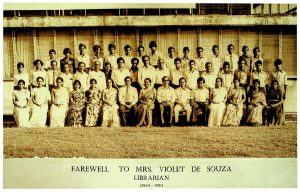 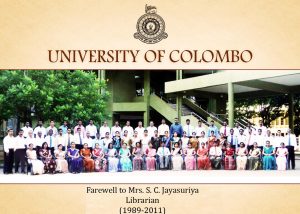 Opening of the Main Library building in 1999 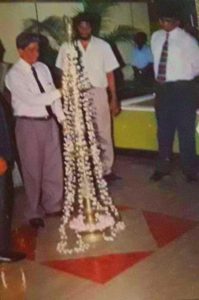 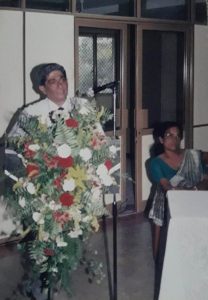 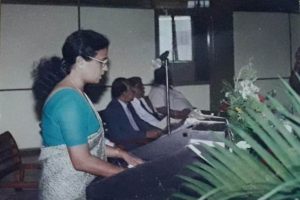 Shifting to the New Library Building in 1999 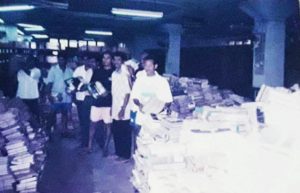 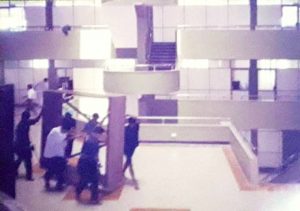 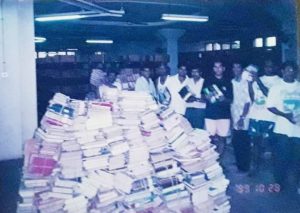 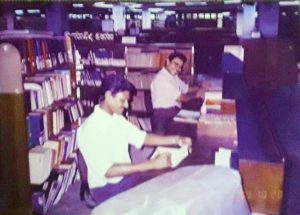 Training on Inventorising and Stock Verification

Notice for all UoC students